WHY BUSINESSES CHOOSE LAYOFFS OVER PAYCUTS? 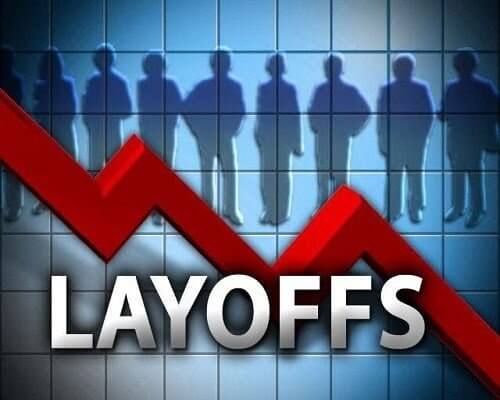 So I was asked, why do a lot companies lay off, instead of negotiating pay cuts or accepting offers from some employees to work for free?

I will speak for myself and a few other business owners that I have had this conversation with.

The simple answer is, no one wants to feel indebted. It’s like having a dark cloud or unfinished business hanging over you.

Besides, it’s risky, as the circumstances could be used against you and your brand in future.

My role as an HR Consultant means I get to interview a lot of job candidates. I know firsthand that delayed salaries and paycuts are demotivating and the average employee will begin seeking another job as a result, so in earnest, you are only postponing the inevitable.

Just today, I had a discussion with a CEO friend. He has already executed a 3 month layoff period which began in March. A good number of voluntary resignations followed, and as things haven’t picked up, he called another meeting to discuss his decision to make the layoffs permanent. He had one on one discussions with some staff and at the staff meeting, every one got to talk. Quite a number of staff did not agree with the decision to be laid off permanently and some offered to work for free. The meeting was ajourned.

When we spoke later on, I asked him what he had decided to do and he replied, ‘I have to lay them off, I can’t pay them.’ It seemed like de ja vu, as I had echoed the same words a month prior.

Now, I know there are a number of companies that do not pay staff for months or pay late regularly. The truth is, I don’t know how they do it.

I am far from perfect but I will not do it and I know many CEOs and business owners that wouldn’t either. Even a pay cut is difficult, for some of us. It just feels like a reneged agreement, so it seems better to end the contract.

Sure, there are other options like assigning to different roles with lower pay or reduced hours, but how many employees will truly want that?

It is not easy to let go of employees, especially when you think of their livelihood. However, it is a burden to carry and a huge risk to your brand to keep people you cannot pay.

Deep down, I feel it also borders on trust issues. I mean, I would only believe someone I really trusted if they offered to work for free and right now, I can’t think of anyone outside my immediate family.

We cast stones about management that appear to not care enough but how many employees are truly loyal and can be trusted by their management?

My personal experience with some employees will make it difficult to accept such an offer. I rather wash my hands clean and sleep well at night, not indebted to anyone or running the risk of having one’s brand slurred in future, which some employees still do anyway.

I just thought a few people would like a sneak peek into the mind of some CEOs making these tough decisions. It is not an easy one, you would probably do the same if you were in their shoes.