ON JOB ABANDONMENT AND INTEGRITY 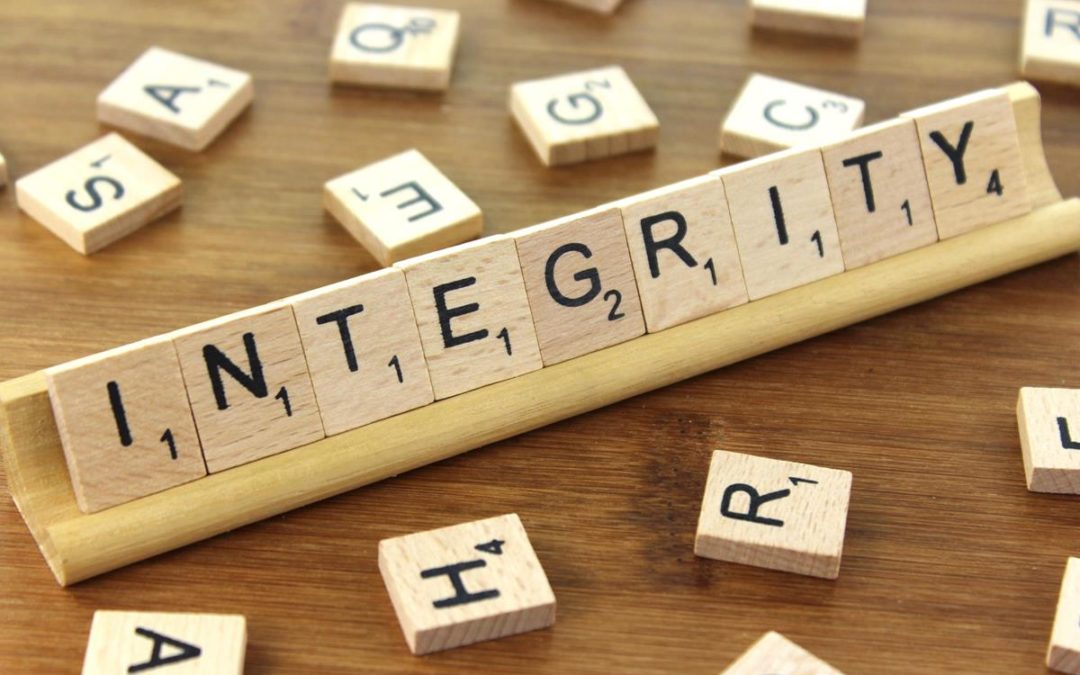 A few months ago someone from this platform was recruited to work for my firm. I did not know him personally but he responded to a job advert I posted. He did not qualify for the role but he stayed in touch. The correspondence started in October and he continued to follow up regularly, everytime sounding more desperate. He went as far as saying his main reason for leaving his former employer was they practiced unscrupulous deeds which made him uncomfortable as he was often asked to forge documents, so he resigned. He made himself appear as MR INTEGRITY. He also mentioned how he needed to fend for his young family and how his unemployment was causing him a lot of stress. He lived on the mainland and so I mentioned to him how we are reluctant to hire people who live far from our office in Lekki because repeatedly it has posed a problem even when they claim it is not or claim they are moving to the island. He claimed he had a place to stay in Ajah or will move to Ajah, I can’t remember now because people say all sorts when they are desparate.

Though he was not qualified for the role we had available, he had transferable skills which I thought would be useful. I asked that he be considered and interviewed and so he went through the recruitment process. In early February, he was hired and he started work. The role was an entry level role, thus the salary was modest at 75k per month and it at least matched his last salary. In his first month, an extra 20k was approved for him to cover transport as it was felt he may be struggling especially since he was out of work for a while. Of course, if he performed well after 3 to 6 months he would have been promoted and earned more.

I was out of the country when I was informed that he did not show up to work. The day conceded with the first working day after pay day in April. I was informed his phone was faulty at some point so they would keep trying till it started ringing. Attempts were made to reach both him and his wife but both phones were off. His phone eventually came on, but all efforts to reach him proved abortive. Several emails and text messages were sent, no response. A few days later his wife was reached, she confirmed her husband was ok and she would pass on the message to him that the office was concerned about his sudden disappearance. His colleague kept calling and sending messages but got no response. She was more baffled because she had worked closely with him and had dropped him off close to a bus stop on the last day she saw him. After 1 week of futile efforts, an email was sent concluding he had abandoned his job. It has been about 3 weeks now, no response. This was the same person that was regularly communicating before his employment, all of a sudden ‘ghost mode’ has been activated.

There are 1001 reasons why people quit jobs and they are free to as last I checked slavery was abolished over 400 years ago. The issue is not quitting but how you do so. This is just 1 display of job abandonment and I can give many more examples of people quitting without giving their employer notice.
They engage extensively before employment but when they want to leave they cannot even show respect or courtesy by saying good bye or contacting the person that gave them the opportunity. I know some people will try and justify it and say the workplace or employer has a part to play. Sure, they
could be right, he could have had issues with the job, the workplace, his colleagues, working conditions, management style etc. but you are still responsible for your integrity and your own behaviour. Even when employers act poorly, should you act the same? Not picking your phone or responding to emails, is that the way a professional ought to behave? That is so low.
I have worked in several jobs and resigned honourably every time. Even at the only time I ever had to resign without notice, I considered the options, I was in senior management and I sat down with my MD and he agreed with me that it was the best option. He went as far as approving that I be paid 1 month’s salary (was supposed to be the other way round) and asked me to contact him if I needed a referral to work anywhere.

Relationships are important; we must try as much as we can to leave workplaces on a good note. The world is indeed a very small place. I work with a lot of organisations so I probably know your boss. If I do not know your boss I probably know the Head of HR. I have lost count of the numerous times where I end up being contacted by the person’s new boss or I bump into employees that even absconded from client’s/friend’s workplaces. I have even been called shortly after candidate interviews to be asked about
people I never thought I would meet again and at one time I was even called in the middle of an interview. You just never know who knows who. What do you expect me to say when asked about you?

Personally, I am not even a nice person at work, yes, like everyone, I have my good and bad sides so I am not even claiming to be an angel but I am no devil. Those who know me well know that regardless of the situation, even at my worst times, you can always talk to me. If not immediately, definitely at a later time because in my quiet time, I always reflect and after reflection I will indemnify if and where necessary.

Even if you abhored the organisation or your job duties, why abandon your job? Why can’t you choose dialogue? Even after you have received payment of your salary, why can’t you come in for a frank discussion? And please, no email or text message resignations, sending an email or text is the wrong
way to resign. You were not offered the job via email, you were interviewed, so show some respect. In the 9 years our firm has existed, we have never held anyone’s salary or even paid salary late by 1 day. Please feel free to ask present and past employees so why are you running away after pay day?

This behaviour of job abandonment was usually attributed to lower level staff like nannies and drivers etc. but this behaviour has now crept into professional level staff especially within small businesses.

I digress a little to nanny issues…I have always had a cleaner as far back as I remember but nanny issues were alien to me. When I had my daughter, for 2 years I did not have a nanny. 3 nannies left after pay day in quick succession. After the 3rd one left, I said no more. Then I got a non-Nigerian nanny from Togo, I had no issues with her but she had to leave when she got pregnant. She gave me notice and without me asking, she went out of her way to find someone else to replace her. When she found a
replacement, my first question was ‘where is she from?’ When she responded ‘Nigeria’ I screamed, ‘I said I do not want a Nigerian o.’ Can you just imagine? I, a Nigerian discriminating against my own people. She explained to me how her sister had assured her that this one Nigerian nanny was different. You can guess the end of the story. You guessed right, this replacement nanny was the worst of them all, sneaking out of my house by 11pm on the night of pay day. I spent the next 2 years with no nanny. I could not manage that type of headache. My daughter now goes to Play School and my cleaner comes in daily. A few months ago, after years without a nanny, I hired a cook/help. No issues with running away, she is not a Nigerian lol. And guess who referred her? My cleaner!

I am writing this piece not to seek counsel or advise but as an employer of labour, presenting the other side. I am not surprised in anyway by employee behaviour as over the years, I have seen a lot of this so I am sad to say I almost expect it. I hear rants from employees everyday and I listen, however, we have a big problem with integrity in this country and it is getting worse. People are generally not dependable enough to hire or to refer. Right now, I have several referral requests and several vacancies and I will not be referring anyone I do not know well enough. Sadly, the hiring process just got more difficult. This is not even an issue restricted to employees but companies and contractors as well. There is a big integrity problem in this country which should be addressed. Integrity does not mean you cannot resign but please do so honourably. Integrity is an action and not just a word on a CV or employee handbook.

Anyone with similar experiences? If you are an employer/recruiter with similar experiences please share. I am seriously seeking to meet people with integrity. The only advice I am open to is solutions on how we can create a network of reliable people with integrity so we can refer and hire them. Please, I am not seeking advice on the employer/workplace side, I already accept that it plays a role but this post in clearly from an employer side so please refrain from giving unsolicited advice.